Book Review: The Upside Down King by Sudha Murty: Unusual Tales about Rama and Krishna 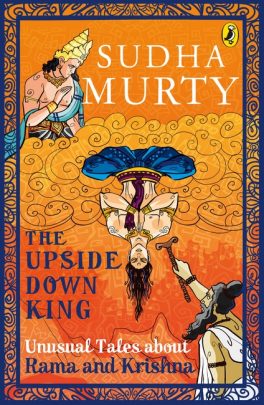 In her latest book The Upside Down King, master storyteller Sudha Murty regales us with the untold and lesser-known tales of Rama and Krishna. These are tales we never knew existed, lost to time and tide. They stun and grip us with their power and offer us narrative surprises and enchantments in truly epic style. And mysteriously, they tie back to the mainstream stories that we so love.

The first story in Sudha Murty's brilliantly written The Upside Down King begins as just another story, about a king named Khatwanga, a powerful ruler who belonged to the solar dynasty and who could not have children because of a curse from the gods.  On advice from Sage Vasishta, King Dilip then performs a penance and his curse is broken. The story has many twists and turns, but it ends with quite a delightful revelation -- that it is the origin story of King Dasharatha, Lord Rama's father and the King of Ayodhya! One can see a pattern emerge -- the story of Aja, Dasharatha's father, for instance, has a few similarities with Dasharatha's own fate.

The second story completely bowled me over. It is about Ratnakara, a highway robber who leads a life of many sins but who one day meets Narada and his destiny changes forever. Who does Ratnakara become? You will be stunned to know who it is!

What children will love

While the mythologies and the precedents, and antecedents will charm us, children will be thrilled by the book's many adventures. My niece, for example, is a huge fan of The Lord of the Rings, The Hobbit, The Iliad, and The Odyssey. She found this book to be stupendous because apart from the sheer force of each story and the turn it takes, traversing worlds, geographies and time, there are interesting motives that drive the characters. There is mysticism that lurks beneath straightforward stories. In this sense, I don't think children should read mythology only for the reason that they should be knowledgeable about their culture or their origins. It is something deeper than that, of honing one's intuition and understanding symbolism.

Let me give you an example. When my daughter was 5, I told her the story of Ramayana. After I completed the story, she told me, "asuras steal girls." I asked her, "So are they bad?" She said, "I don't know. But they steal girls." I had not told her who was wrong or right in the story, I had simply narrated it. She had understood its essence in a pure manner. Stories from our mythologies allow the children to make up their own minds about emotional and moral conflicts. When I was a child, I would express my views on what I thought was right or wrong about a certain character, and my mother would always encourage me to speak my mind. Sometimes I would change my mind too!

There are some stunning stories that work on their own too, in this beautiful book. 'Time Travel' is one of my favorites. It is about how Yama visits Lord Rama to tell him he has little time left in his human form but Hanuman, not wanting to lose Rama, would not let Yama in. So Yama tricks Hanuman and sends him to , where a few minutes equals years on earth. Such stories are fascinating because they bend time and space. Another beautiful story is about how Krishna dies, shot by a hunter named Jara. This story has an interesting connection to how Rama killed Vali. Murty gives us a stunning variation of this story -- of how Ekalavya's son kills Krishna without knowing it. This, again, is a stupendous story.

The book also has stories about Hanuman, Shiva, Parvati, and of course Ravana, 'the complex asura.' Children will be surprised by the stories because these are untold stories that give us so much more insight into the lives and personalities of Rama and Krishna. While their great and wondrous feats and deeds enthrall us, what motivations and histories lay behind their famous lives?

Sudha Murty also weaves in so many rich connections into the stories and ties them to famous songs, verses, and anecdotes that have permeated popular culture in India. For instance, the story of King Raghu, Koustheya and Kubera is narrated so beautifully and connected to Vijayadashami and the significance of leaves. The title of this story is 'The Tree of Gold.'

While we will all revere and enjoy identifying our gods and our past in these stories, the real joy comes from the sheer imagination in all these stories. The adventures, with their plots, twists, and turns, have us on the edge of our seats. Murty's language elevates the simplest of stories. In 'The Promise of a Promise,' she narrates the story of King Harishchandra and how Vishwamitra tested him. Murty ends the story with how even today, ashes of dead bodies are immersed in the river Ganga. "The descendants of Veerababu still retain the ownership of the ghat. And of course, Lord Vishwanath remains the eternal witness!"

The story, 'The Upside Down King,' is a thrilling tale about King Satyavrata of Ayodhya and how he wanted to do something that defied all laws of nature -- of ascending to the heavens in his human form. In the process, he is stuck between heaven and earth. The story narrates how the expression 'Trishanku Swarga' was coined -- a state in which a person is caught between two worlds. Maybe this is why Murty decided to name the book after this tale? It's hard to judge or fit these stories into any category. They are unusual tales about Rama and Krishna that will take us by surprise.

Our recommendation? We love Sudha Murty and you simply CANNOT miss reading The Upside Down King! It's perfect for children aged 9+. 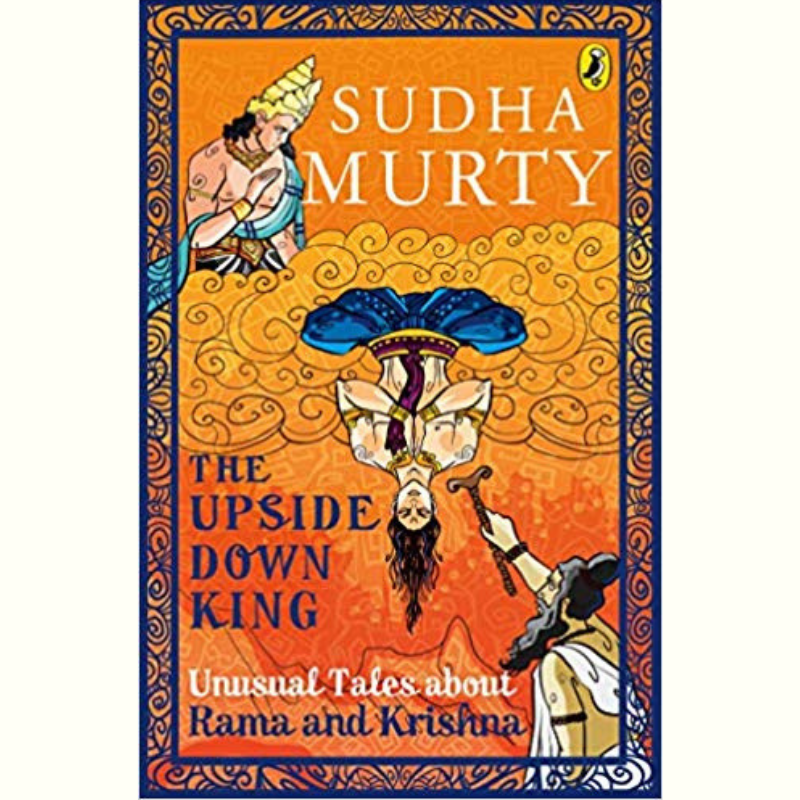 The Upside Down King 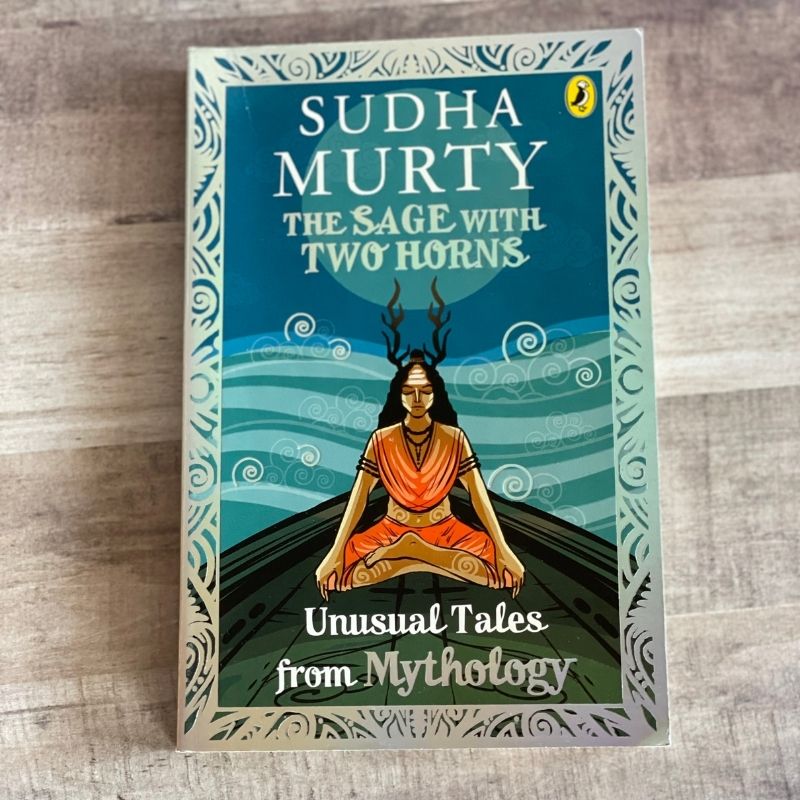 The Sage With Two Horns 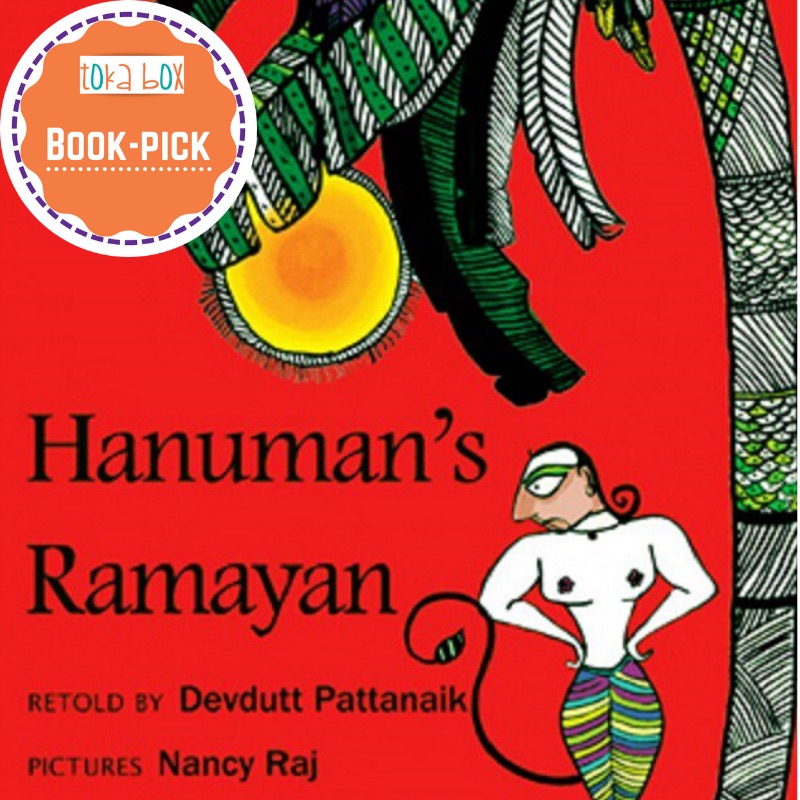 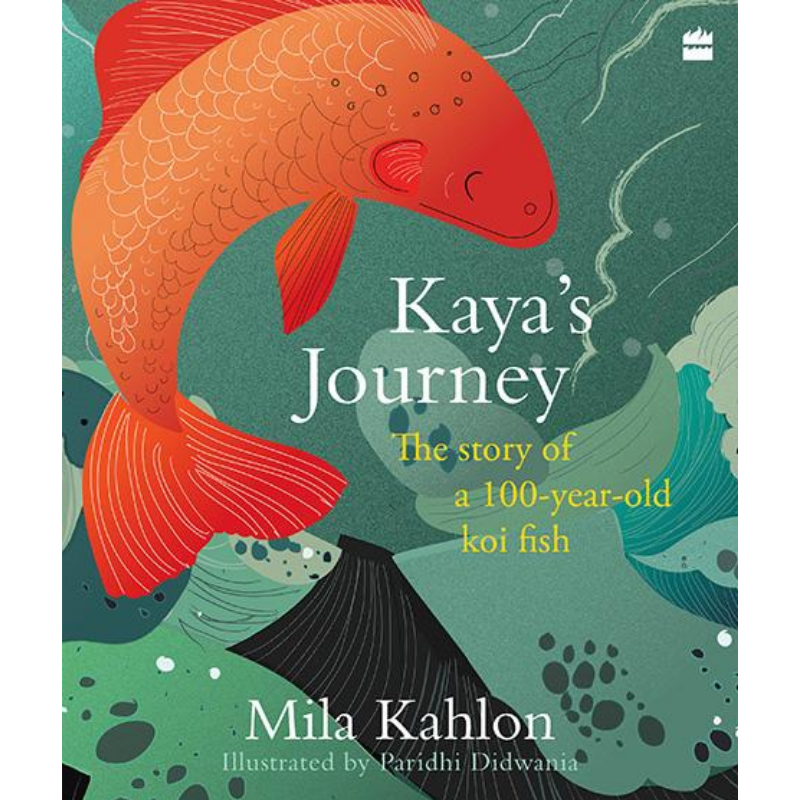