Book Review: Dance of the Wild by Richa Jha, Illustrated by Ruchi Mhasane 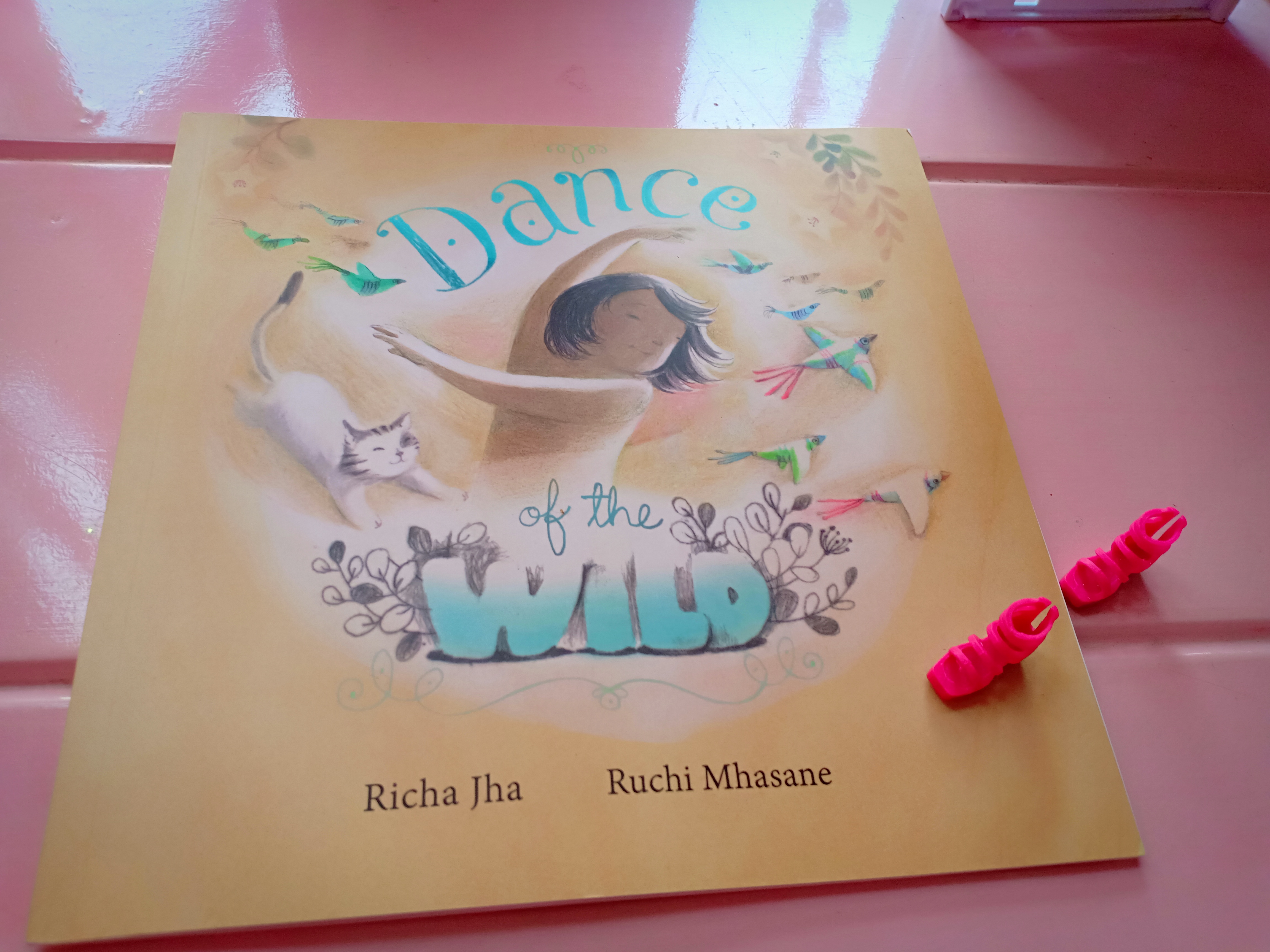 Dance of the Wild is a stunning and evocative picture book about a girl, Shilu, who loves to dance naked, much to her grandma's chagrin. But Shilu doesn't see why it's wrong. After all, Pirate the cat doesn't wear clothes. This is a beautiful book that really makes a child come up with positive and individualistic responses to their bodies and their identities.

There is a page in Dance of the Wild where the fearless heroine of the tale,  little Shilu, is crouched naked and sitting next to her cat, looking spirited and free. It reminds us instantly of another child from the wild who was crouched on the earth in much the same way! It is, of course, the unfettered Mowgli, who didn't feel self-conscious in any way because he was brought up in the wild. To see a young female narrator being represented this way is quite thrilling, to say the least. 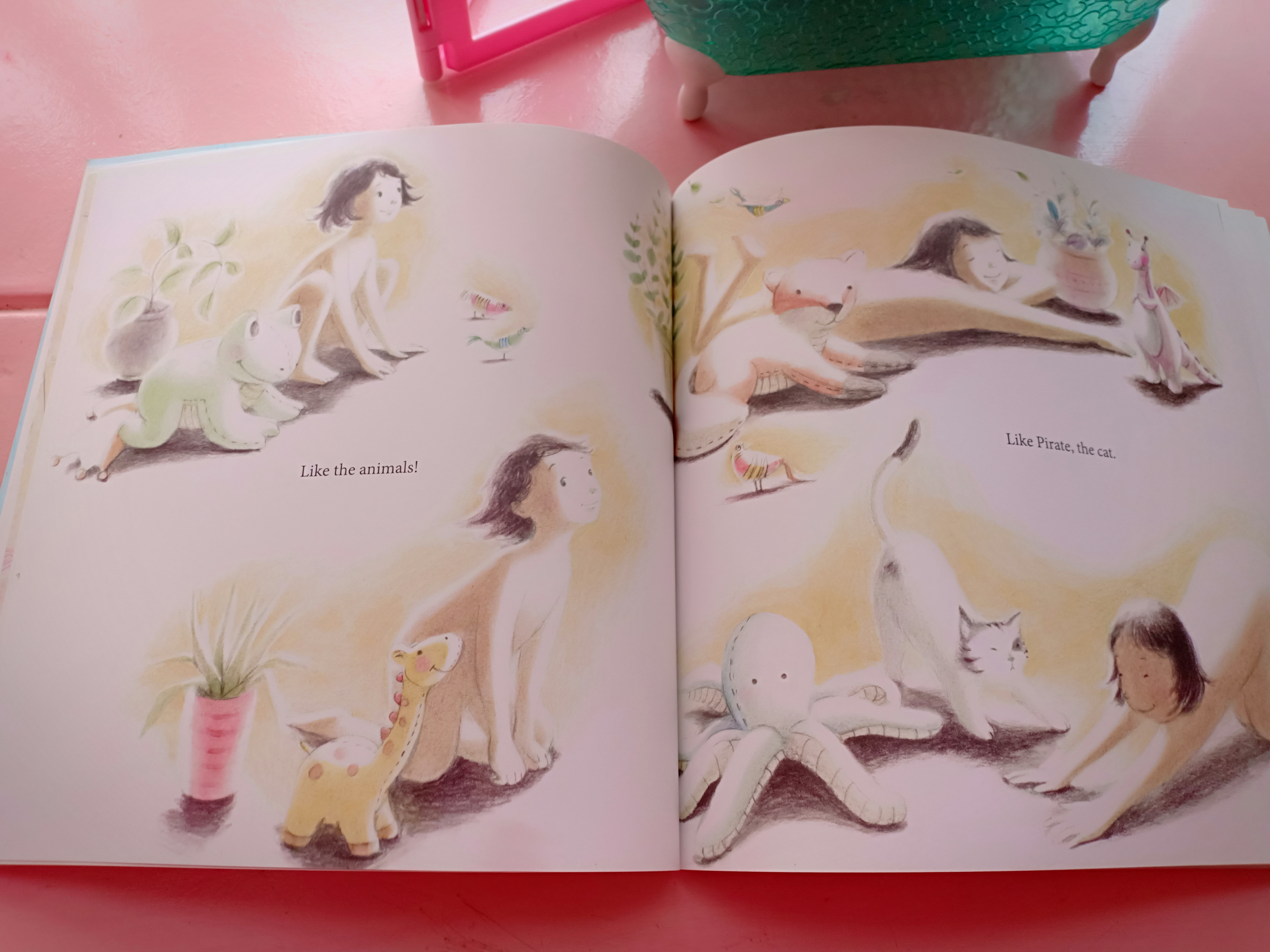 In Dance of the Wild, Little Shilu loves dancing naked. Her grandma, though amused, cautions her about coming out without clothes. She asks Shilu to wear something, because "you're a big girl now." Shilu retorts with a joke. She cannot understand how Pirate's natural state is different from hers. Shilu feels alive when she is naked and dancing. This is when she feels free and one with the world that made her.

Throughout the book, Shilu confronts her grandma and her mother about their own adventures as little girls. "Nannu, but you did it too. You've told me!" she tells her grandmother.

"Did you do it every day?" Shilu asks her grandma, who vehemently denies it, saying that she was "a good girl."

"I don't want to be a good girl," says Shilu, the ever-sure narrator. And we absolutely love her for it.

When her mamma comes home, Shilu asks her about her own love for dancing naked as a child. She asks her mother why she still doesn't love dancing without clothes on. Her mother gives her a very interesting answer. She doesn't shut Shilu down or ask her not to talk about it.

Children flit from one topic to another when talking or expressing themselves. They are not bound by conventions or rules. They think and imagine with the utmost freedom, and Dance of the Wild is written that way. It flits from one thought to another, much like a dance in itself, swirling round and round and coming back to its point of origin. Of course, it is also a book that's loads of fun. We love how Shilu identifies so much with her cat Pirate and how she pretends to scold Pirate for being naked every time her grandma chides her!

The illustrations by Ruchi Mhasane perfectly capture the book's fleeting thoughts and fancies. The book ends on an absolutely beautiful and positive note, and the illustration captures this moment brilliantly.

Women from my generation had such complicated relationships with their bodies. Some of us even felt a deep psychological disconnection from our bodies and our femininity because it was never discussed or talked about freely and openly. In Dance of the Wild, femininity and physical freedom take on the metaphor of dancing, and gloriously at that!

Dance of the Wild is the only book from this year to make it to the coveted White Raven catalog of book recommendations from around the world for the young, collated by the International Youth Library in Munich.