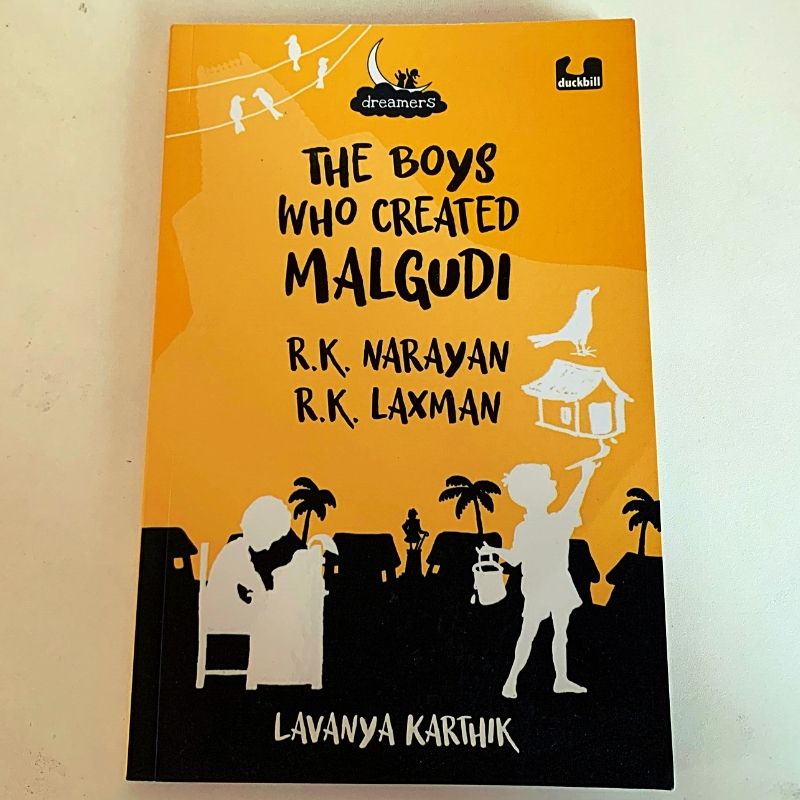 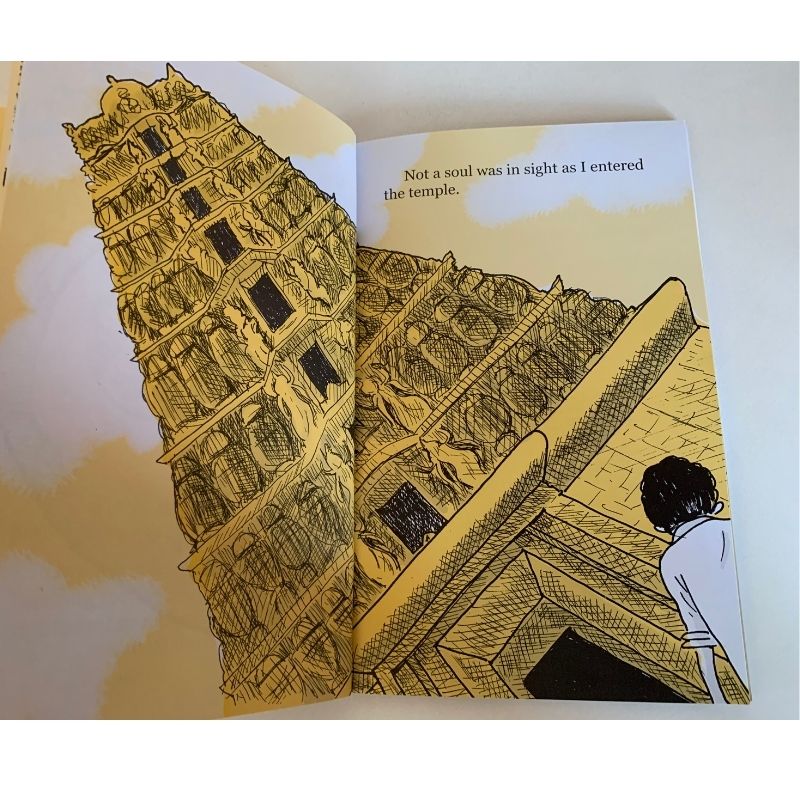 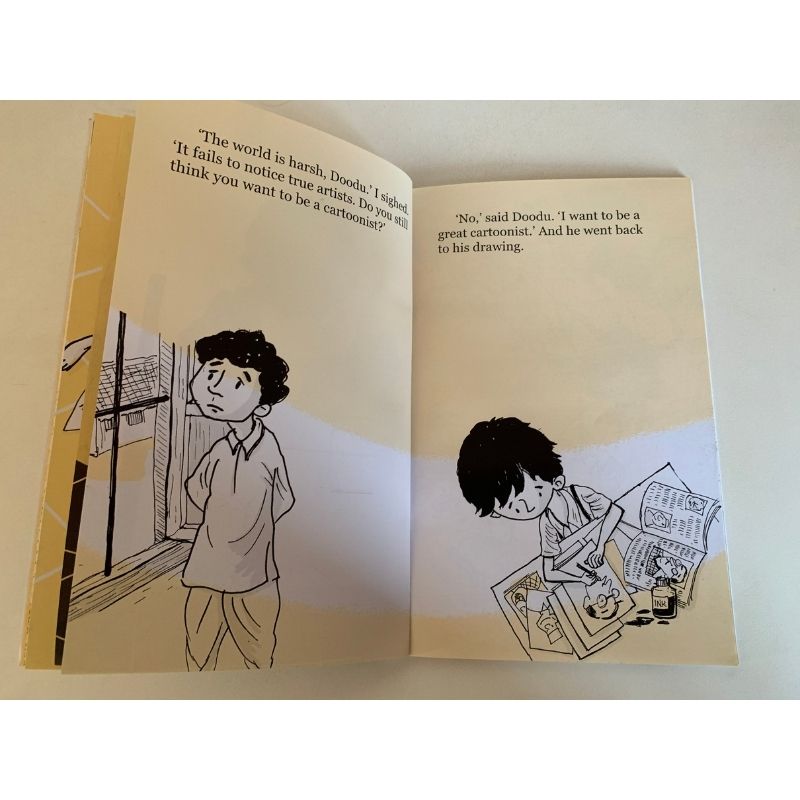 Narayan loved words, while Doodu loved to draw. This is the story of how two brothers created the immortal town of Malgudi.

A delightfully illustrated short biography that will inspire young readers.

Most of us grew up reading RK Narayan's fiction, especially the many adventures of Swami, Sampath, and the enchanting town of Malgudi. For anyone who is a huge fan of RK Narayan's fiction and RK Laxman's brilliant illustrations, The Boys Who Created Malgudi is a marvellous mix of characterisation and motive. It is fascinating to see how Narayan and Laxman's lives and pursuits intertwine. The book is narrated from Narayan's point of view. Narayan loves the written word and writes as many stories as he possibly can, stories that feature people, incidents and places from his own childhood. His brother, Laxman, whom Narayan calls Doodu, loves drawing and wants to be a famous cartoonist some day. While Laxman knows what his true calling is, Narayan is a little more perplexed. He loves to write stories about everyday people but grapples with different kinds of setbacks. For one, he tries to read all the tomes in his father's libraries but understands very little. He wants to emulate the master writers of the English language but finds that he has his own style, a style that shuns formality and affectation. He submits stories to many publishers but is constantly rejected. In the end, Narayan goes on a walk in Mysore, a walk that ends in a shift in perspective and an exciting new idea.

There is Roti in my Lunchbox

Why We Eat with Our Hands: A Celebration of Indian Culture and Heritage

The Big Thoughts of Little Luv