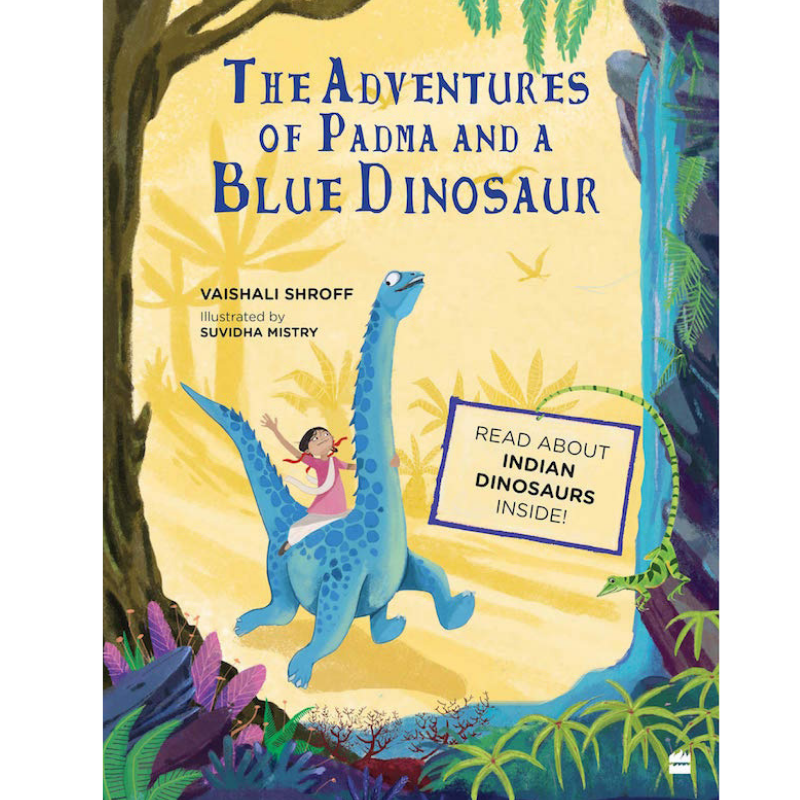 The Adventures of Padma and a Blue Dinosaur


Padma and her grandmother, Labhuben, discover that the flatland their cows graze on is not just any ordinary flatland, but home to the dinosaurs that lived in India more than 65 million years ago. It gets more interesting as Palaeontologist Professor Rajan Dinkar, who Padma fondly calls Rock Uncle, reveals many secrets about their hometown, Rahioli, and even gifts her one of his most prized discoveries, a beautiful dinosaur egg. As Padma takes the egg home, little does she know that she would soon be setting off on the adventure of her life with Labhuben, Rock Uncle and a dinosaur called Bluethingosaurus. In an exciting mix of non-fiction and fiction, this book contains curious facts and insights about dinosaurs discovered in India, including: 1. A colourful map showing the dinosaurs that have been discovered across India, 2. Invaluable inputs from renowned Palaeontologists such as Dr Ashok Sahni and Suresh Srivastava, 3. Illustrated fact sheets about the dinosaurs discovered in the In