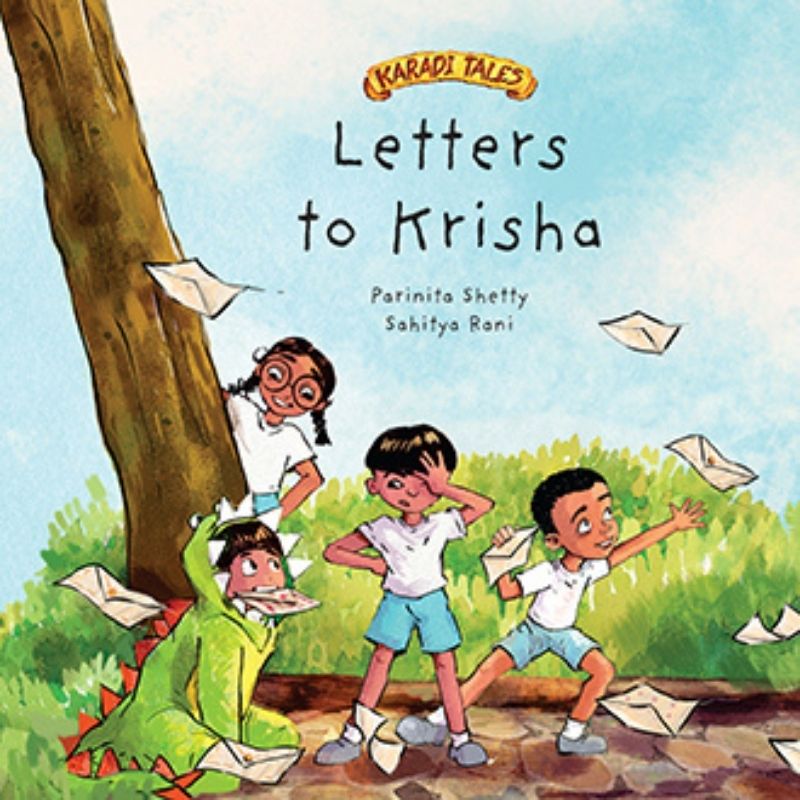 Krisha has a surprise waiting for her for when she gets back to school after her operation. There's much excitement about it amongst her classmates, all of whom write her letters while she is away to keep her up to date on the happenings at school.

I remember when I was a kid and I was down with chickenpox. I missed schools for a few weeks and my friends would call me at home, asking how I was doing. I even received a few letters from them and I treasured them! This was before the Internet era, when email didn't exist. Letters to Krisha is about a girl named Krisha who takes a break from school due to a surgery. During her absence, her friends write many letters to her. After she recovers, Krisha is set to return to school and the entire class has a surprise for her! Written in the form of letters, each more entertaining than the next, we love the intentional corrections on the letters by Ms. Zareena, who also encourages the children to write to Krisha and practice their letter-writing skills. We loved the incidents in the book and the stories that the letters told, the people it revealed. Epistolary books are a treat to read and this one is a great introduction to the genre!

Fruits and Vegetables of India

The Doll That Bommakka Made